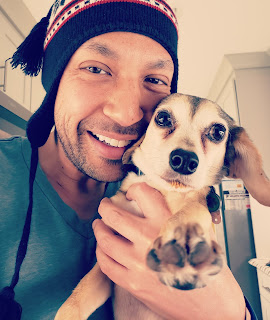 One of these guys enjoys licking plates in the dishwasher, and the other one has a bone marrow biopsy tomorrow. When we last saw one of Ramon’s hematologists, I asked him if there was anything Ramon could or should do to potentially improve the outcome of the next biopsy. His answer was basically no, then he added, “Wear your seatbelt.” And that sums up cancer, literally and figuratively. The results will take some time, but let’s hope for a smooth procedure tomorrow – and that they still have the cookies Ramon said were “dominating his life” as he came out of sedation last time.

The last several weeks have been a welcomed change of pace. As Ramon’s body has recovered from the five rounds of chemo, he’s felt much better than he has in a long time. We’ve been jogging almost every morning, including two days that it was in the 20s, which was downright insane. We hung up some blinds, and nobody got hurt physically or emotionally. Ramon’s even been tackling yard projects while I sit inside and drink coffee. These small things have become such blessings because they signify simplicity and normalcy.

We’ve been enjoying this time between tests. It’s like those moments before getting out of bed on a chilly morning. You embrace the warmth, the security, and those final moments in your untouchable sanctuary. We wish we could stay here just a few more minutes, then a few more after that, and a few more after that – but reality is calling. We must brace for the initial jolt of cold air as we leave our place of refuge, unsure what will come next.

Some days you catch every green light on your way to where you’re headed, and other days you’re forced to take a detour due to something beyond your control. Either way, make sure you wear your seatbelt.
Acute Myeloid Leukemia AML anxiety bone marrow biopsy cancer chemo chemotherapy coffee comfort healing health perspective vulnerable 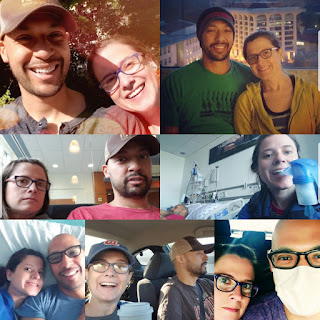